NASCAR champion's USS Gerald R. Ford visit in Norfolk to be a highlight of Coca-Cola 600

Author: Brock Vergakis
Date: Apr 20, 2018
​
Whenever NASCAR driver Brad Keselowski wins a race, he holds an American flag out of his window to pay tribute to military veterans and service members who are among the sport’s most faithful fans.

After a visit to the Norfolk-based USS Gerald R. Ford this week, the 2012 NASCAR Cup Series champion may have a few more service members hoping he’s the one who takes a victory lap at the Coca-Cola 600 over Memorial Day weekend.
“This is a tremendous opportunity to get to see our nation’s heroes on the active duty side,” said Keselowski, who was once sponsored by the Navy and now drives the No. 2 Miller Lite car. “It’s a great chance to engage. Sometimes I think we rely on people to come to us, but sometimes you’ve got to go to the people. ... They’re busy, so they can’t always make it to see us and I enjoy going to see them.”

NASCAR’s longest race is expanding its tribute to the troops beyond the Army to include all five branches of the military, which includes pre-race visits to one base from each branch by a different driver. Keselowski’s tour aboard the nation’s newest aircraft carrier and a flight aboard a Navy helicopter was heavily documented by Charlotte Motor Speedway officials for promotions leading up to the race, which will host sailors from the Ford and other Norfolk-based aircraft carriers. 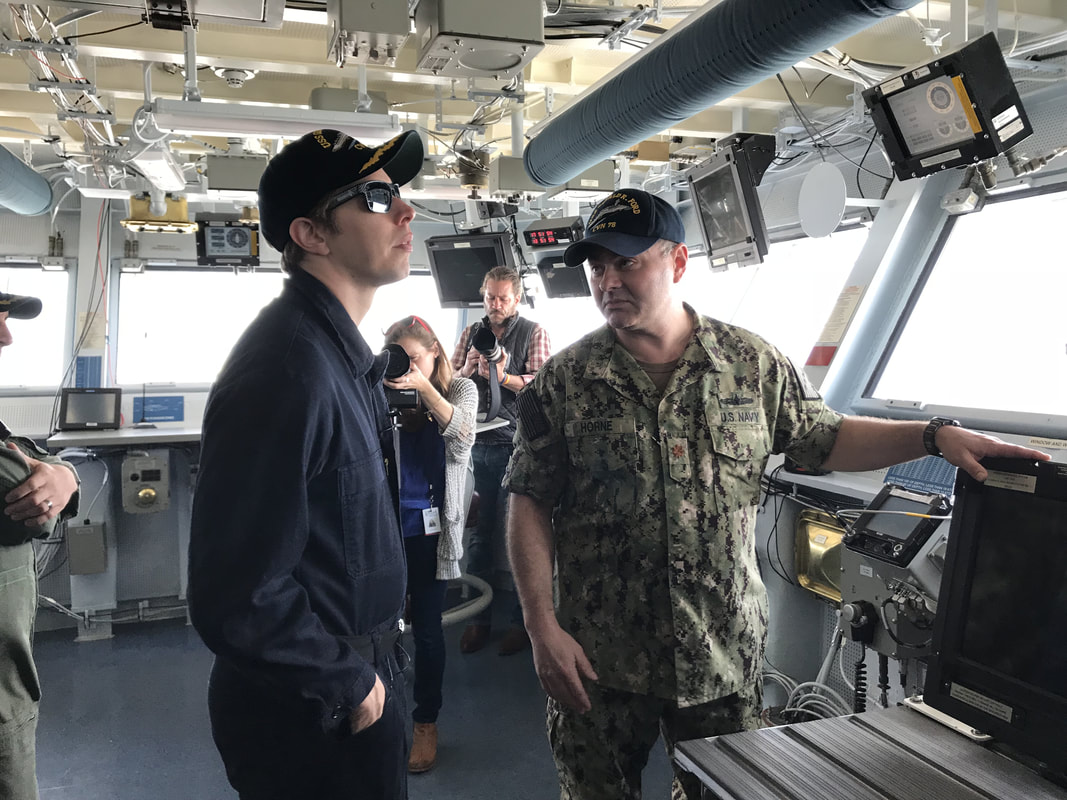 Speedway officials say there will be up to 100,000 people at the track on race day and that as many as 5 million people will be watching on television, which is expected to show segments from Keselowski’s visit and a military-heavy pre-race ceremony.
​
“Highlights of today’s visit will be very visible to race fans,” said Scott Cooper, vice president of communications for Charlotte Motor Speedway.
Keselowski – whose Checkered Flag Foundation supports veterans – said he jumped at the chance to get involved and see the Ford’s new technology up close.

“The opportunity came to me and I said ‘Hell yeah,’ ” he said. “I want to see it and I want to learn about it. I’ve had an opportunity to go on a number of carriers in the last few years and each one is a little bit different.”

After Keselowski bought a toy aircraft carrier for his 3-year-old daughter, Scarlett, at the Naval Station Norfolk gift shop, the Navy put him into blue coveralls and a command baseball cap to give him a feel for military life as he learned about the first-in-its-class aircraft carrier and met with the crew. Keselowski soaked in a stop where he observed the Ford’s Ouija board, a mock-up of the flight deck that shows where every aircraft on the ship is. 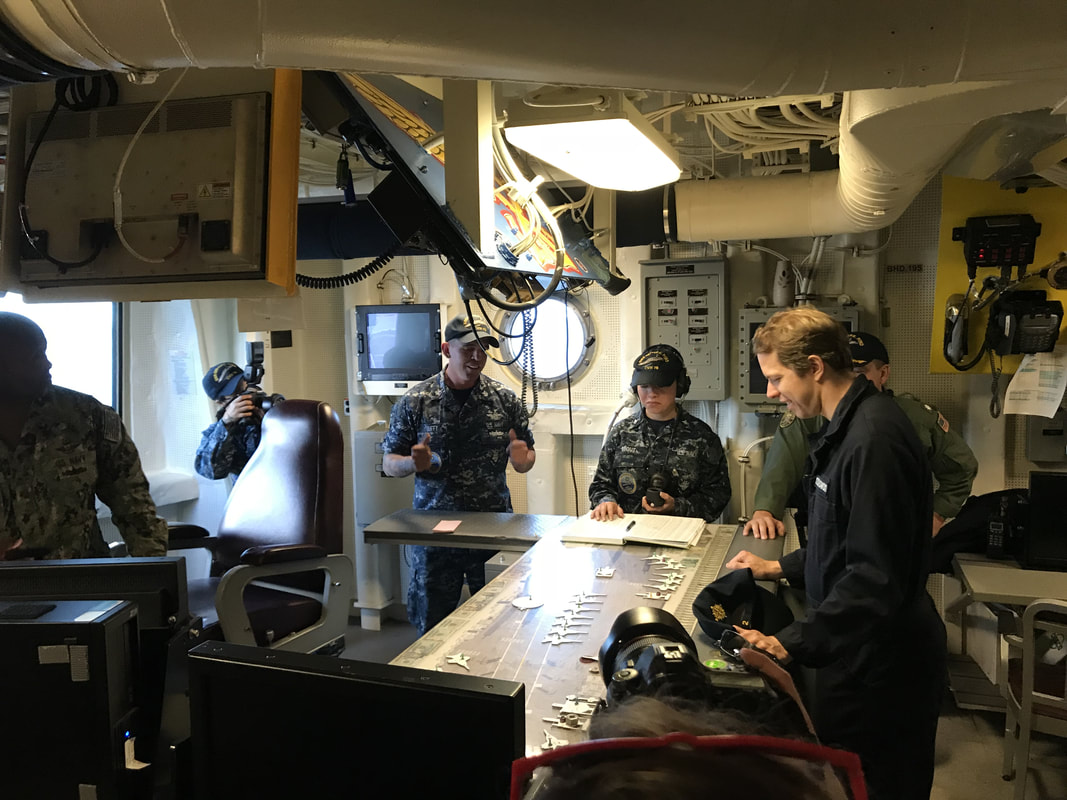 In conversations with the ship’s leadership, Keselowski exchanged thoughts on getting the most out of those who work for you and repeatedly stressed to sailors the importance of an entire team working together to achieve success.

“The people are what makes it happen. I know that from my racing operations,” Keselowski said while addressing sailors on the Ford’s flight deck. “It takes a team. Sometimes I get all the glory. I like to joke with people, I do about 10 percent of the work and get about 90 percent of the glory. It’s in complete inverse.”

Chief Petty Officer Justin Breshears is one of the Ford sailors who will be making the trip to Charlotte for the Coca-Cola 600. A lifelong racing fan who also likes to compete at local speedways, Breshears applauded Keselowski for his commitment to the military and meeting fans one-on-one.
​
“Brad’s a great representative of the sport and a great American. He always has the American flag hanging out of his car when he wins so I’m excited for it,” he said. “We have probably the most-accessible set of athletes in any sport across the nation. So I think that’s super important. If you can bring a new fan to a race, you’re going to have a fan for life.”